Looking at the standings, it’s clear that Brooklyn Nets are close to securing a spot. Russell’s renewed confidence after his time in LA and Caris LeVert’s return from his horrific injury will definitely help Coach Atkinson and his young core to make a good push.

Charlotte are an interesting team have been in a slump, but whilst Kemba Walker is solid all round, that’s pretty much all they have going for them.

Detroit have had the pair of Griffin & Drummond trying to find some chemistry but, while Griffin has so far averaged 47.9% FG and 36.5% 3P, Drummond has not been able to find his form.

The Miami Heat have a deep roster but their season has been more about the “last dance of Wade” than trying to make a push for the playoffs. The return of Dragic will either allow Winslow to flow through to his original SF spot or will disrupt things even more. Waiters and Olynyk could also be game changers if the rotation run by Coach Spoelstra could better utilise them.

The Orlando Magic have a fun duo in Gordon and Vucevic and, with the new arrival of Fultz, there could be some glimmer of hope that things go better. However, there needs to be more of an effort down from Orlando especially during their away games.

The Washington Wizards are at a loss with Wall being out for the next season and a half and Porter traded to the Bulls. Beal is trying to carry the team, but there is only so much that this roster can do.

My overall hope from the East is that one or two of the teams might make a good attempt at pushing cross conference teams and getting some extra wins in the second half of the season. Strategies surrounding a possible playoff push will become clearer towards the end of March when we’ll see a better picture.

The Dallas Mavericks traded away four starting players by the trade deadline and are looking at developing the team for the future.

Doncic is settling in with the team but still needs to adjust to the NBA pace. The rest of the Mavs, aside from Dirk, are picking up the slack and I am curious to see how the Porzingis addition will work.

There is a streak of games that the Mavs have that can push them up the standings, but again it will be much clearer towards the end of March whether a playoff push is feasible.

NOLA need to ensure that the drama surrounding Anthony Davis does not negatively impact their chances of making a post-All Star Break playoff run. They need to resolve their issues to be in with a chance.

The Utah Jazz’s Coach Snyder has managed to instill confidence back into his roster, yet they are still not certain to make the playoffs. However, they do have the second-easiest schedule coming out of the Western conference and, factoring in their roster depth, they likely will make the push.

The Spurs have been steady for years and years, and again they remain to be one of the better teams that are down the conference standings. Coach Pop has reinvented the team again but, while they are much better as a home team this year, a few away wins will make the difference.

The Clippers, having gone through with the Bobi – Tobi trade, throwing in the towel for the season says it all really. The rebuild was instant but it’s likely that the Clippers will look towards a draft day overhaul.

For Sacramento the backcourt of Fox and Hield are a fun pairing to watch. They’ll likely have made the playoff push come end of March but their frontcourt needs to keep working hard.

The Timberwolves are, like The Kings, hovering around the .500 mark so far but their major issue is consistent firepower and stops to allow for a possible push.

My personal opinion is that Minnesota’s best approach could be switching up the rotation and allowing for the bench to do some damage before the starters finish off games.

This is a real story yet to be told. There is frustration from the coaching staff that LBJ missed 17 games with his groin injury towards the end of the first half of the season.

The inconsistency of the bench and role players has not yet been addressed and their trade deadline moves will mean adjustment for the Lakers.

Lebron is a force to be reckoned with, and will no doubt place the team on his shoulders. It’ll be a fun second half of the season watching to see how far he can take them. 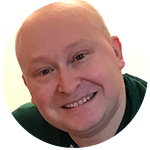 Ermay Duran is a former professional basketball player who now works as an analyst and scout. Owner of Advance Pro Basketball, Ermay has worked with NBA teams such as the Denver Nuggets and Sacremento Kings as well as over ten clients from the Euroleague, EuroCup, Europe Cup and Basketball Champions League.
See more articles by Ermay Duran